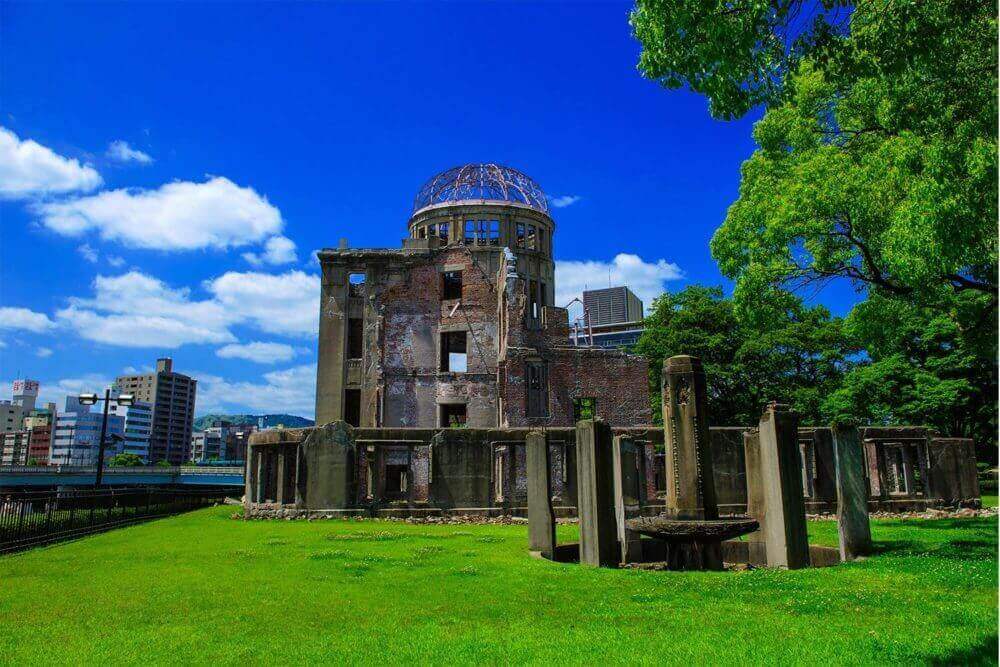 Hiroshima prefecture is the center of Chugoku district. Hiroshima city with the prefectural office's location is famous as a city damaged by the atomic bomb during the Second World War. If you go to Hiroshima, you can visit the famous museum that memorized those days. At the same time, you can feel the strength of this city that was later rebuilt. Hiroshima has Miyajima Island which is a very popular tourist attraction. A trip to Hiroshima will give you a lot of wonderful experiences. 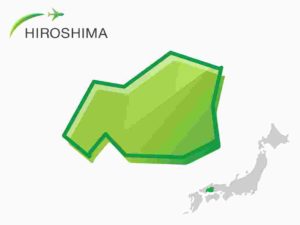 There are two sightseeing spots which can not be removed from itinerary during Hiroshima sightseeing. One is Miyajima Island in the Seto Inland Sea. And the other is Hiroshima Peace Memorial Museum in Hiroshima city.

Shimanami Kaido's starting point is Onomichi City, Hiroshima Prefecture. Onomichi is a beautiful town often used as a film location. You may stop by Onomichi. 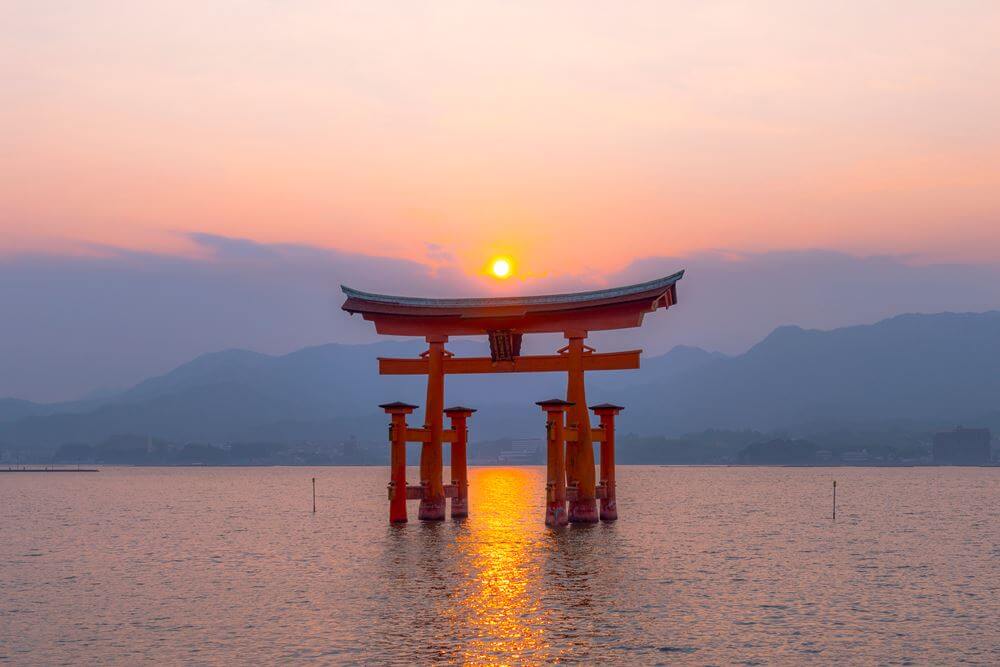 The torii gate of Itsukushima Shrine on Miyajima Island = Shutterstock

Miyajima Island is a small island in the west of Hiroshima City. Here is a very famous old shrine named Itsukushima Shrine. This shrine sticks out in the shallow of the Seto Inland Sea. To the huge torii gate, you can walk when the sea is at low tide.

Behind this shrine is Mt. Misen. From the top of the mountain you can see the Seto Inland Sea and Shikoku.

About Miyajima and Itsukushima Shrine I have already introduced in several articles. If you are interested, please stop by those articles.

One of Japan's most popular tourist destinations among foreign tourists is Miyajima Island in Hiroshima Prefecture. In Miyajima, the Torii Gate on the sea is the most famous. However, on this small island, besides the torii gate, there are various beautiful sights throughout the four seasons. Especially from mid to late ... 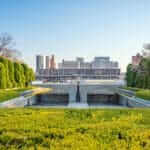 Hiroshima is one of the most well-known Japanese cities in the world. This city was abandoned by the atomic bombing on August 6, 1945. Today, Hiroshima is revived as the largest city in the Chugoku region with a population of 1.2 million. Facilities related to the atomic bomb, such as the ... 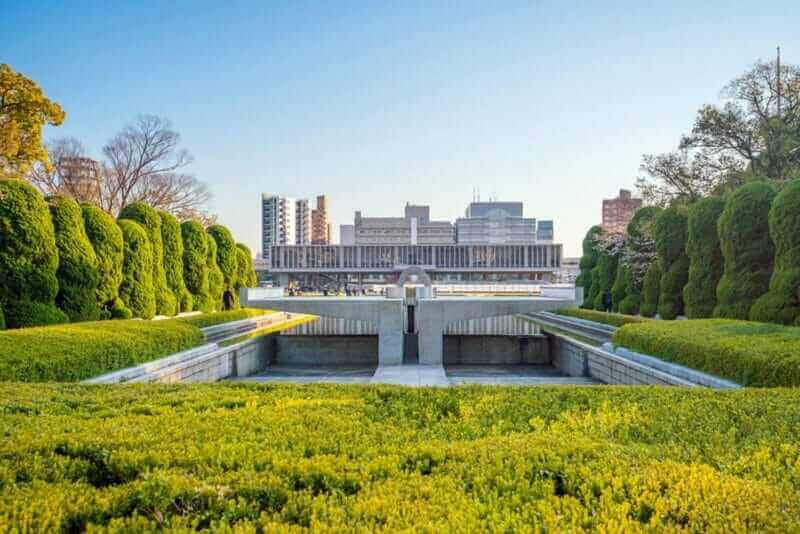 Even if you go to Hiroshima City, you may no longer be able to find the image of a city that has become ruined by the atomic bomb. Hiroshima City became ruined in a moment on August 6, 1945. However, after that, the surviving people of Hiroshima worked hard and fulfilled the reconstruction. If you walk in Hiroshima City, you will feel the power of this city.

"Shimanami Kaido" connecting Hiroshima prefecture and Ehime prefecture of Shikoku is a wonderful bridge where travelers can comfortably cross by bicycle. About Shimanami Kaido, I introduced in the following article. If you do not mind, please refer to this article.

>> For details of Shimanami Kaido please see this article 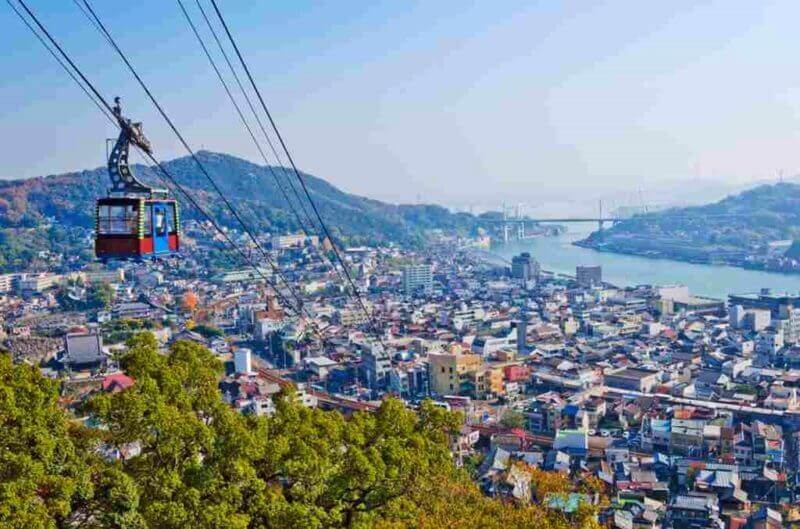 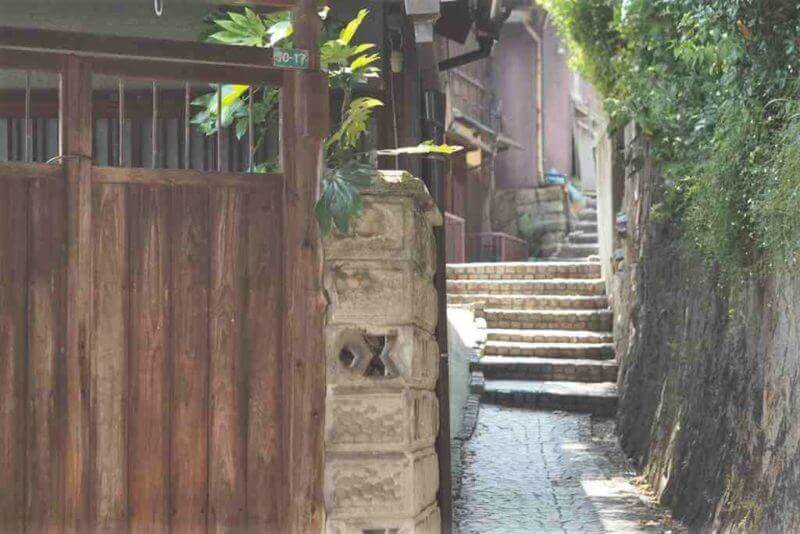 Onomichi is a fun town. As you can see in the photo above, houses are densely beside the ocean in Onomichi. If you go to the Senkoji Park on the mountain by the ropeway which is operated in this town, you can look over this whole town. Beautiful sea is spreading beyond that.

In Onomichi, walking in town is fun. If you take a ropeway, I will recommend walking on the way home. It takes about 30 minutes on foot to reach the station at the foot of the mountain. There are really many retro houses on the slope of the mountain. If you get off the narrow slope, you may encounter lots of cats on the way.

It is approximately 40 minutes by Shinkansen from Hiroshima station to Onomichi city. It takes about 3 minutes by the ropeway to Senkoji Park.

Onomichi is well known for its delicious amen. Please do eat it.

>> For details of Onomichi please see the official website

Back to "Best of Chugoku Region"