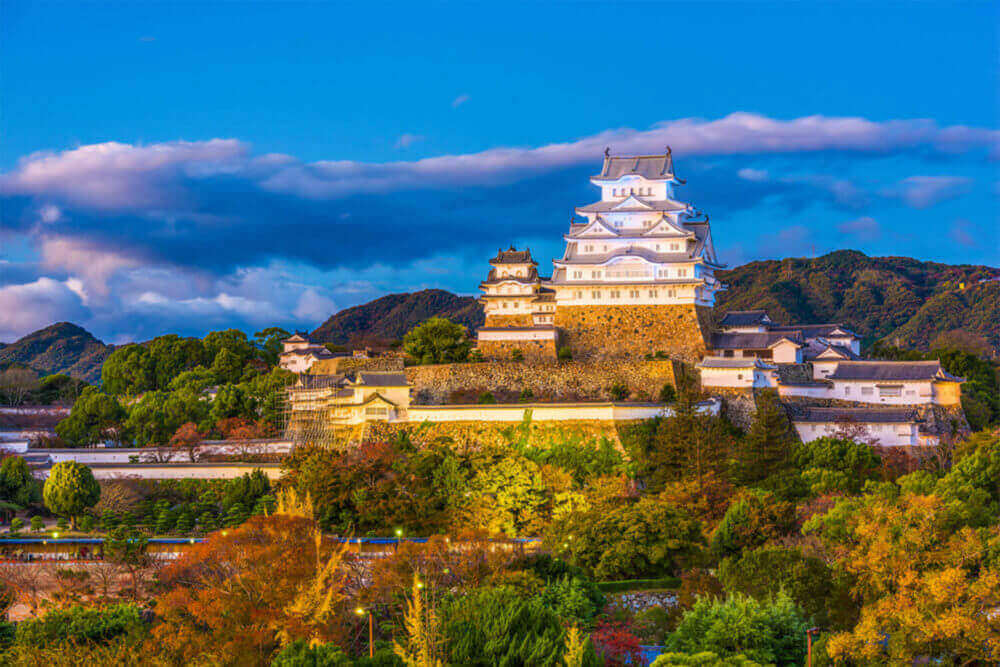 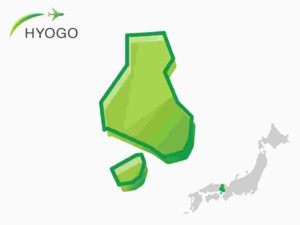 Firstly, this is a key hub of traffic that links various parts of west Japan and the Kansai region. So, in Hyogo prefecture, Himeji Castle was built in the 17th century. The Tokugawa shogunate decided to block enemies from West Japan at Himeji Castle.

Secondly, this is the base of trade representing the Kansai region. In the nineteenth century, the port of Kobe was built in the southern part of Hyogo Prefecture. This harbor is an important base connecting the foreign countries and the Kansai region.

Third, there are many old Japanese in the north of Hyogo Prefecture. Especially in Toyooka City facing the Sea of Japan, there is an old spa town called Kinosaki Onsen. You can meet such old Japan in Hyogo Prefecture. 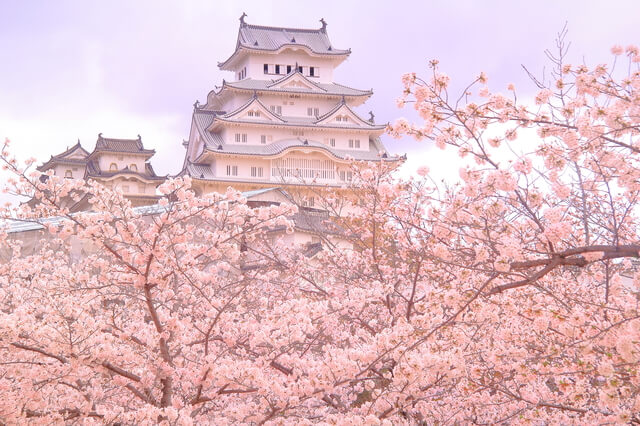 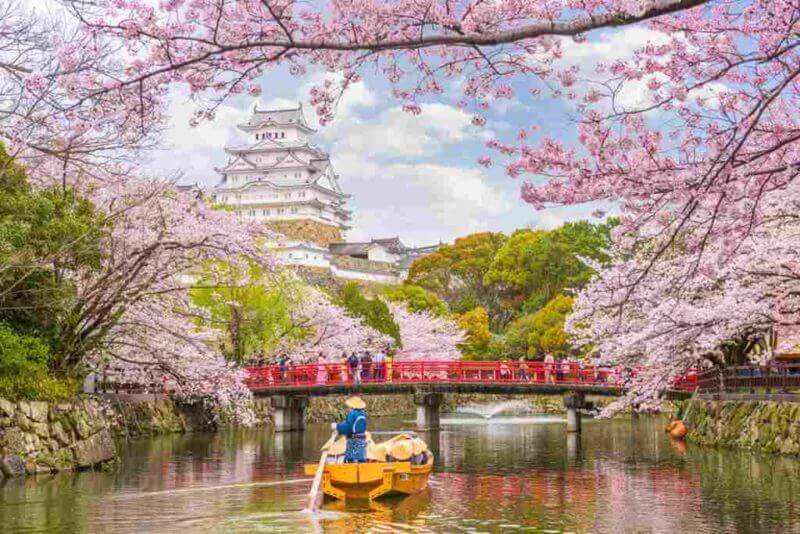 Himeji, Japan at Himeji Castle in spring with visitors for the cherry blossom season = shutterstock

Himeji Castle is said to be the most beautiful castle in Japan. And this castle is also said to be one of the most complete castles in Japan.

Himeji Castle is said to have been built in 1346, but the present castle was built in the first half of the 17th century. At this time, the technology to build Japanese castles was at the highest level. This is because the times when the samurai fought in the 16 th century continued, and the technology for building the castle was polished accordingly. Various ingenuity to repel enemy attacks also accumulated. Japan had a peaceful era under the rule of the Tokugawa shogunate in the 17th century. At that time, their skills and ingenuity were made use of in Himeji Castle. Therefore, Himeji Castle is said to be the completed form of Japanese castle.

Regarding Himeji Castle, I have already introduced it in articles about Japanese castles.

The most impressive castle in Japan is said to be Himeji Castle, which is registered as a World Heritage Site. The castle tower and other buildings built in the early 17th century are still there. If you are interested in Japanese traditional culture, you may want to add Himeji Castle to ... 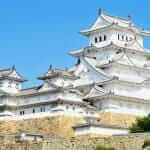 On this page, I will introduce Japanese castles. There are large old castles in Japan. The most famous are Himeji castle and Matsumoto castle. Besides this, Kumamoto castle is popular. Very unfortunately, Kumamoto castle has recently been damaged in part due to a major earthquake and is now undergoing restoration. Matsuyama ... 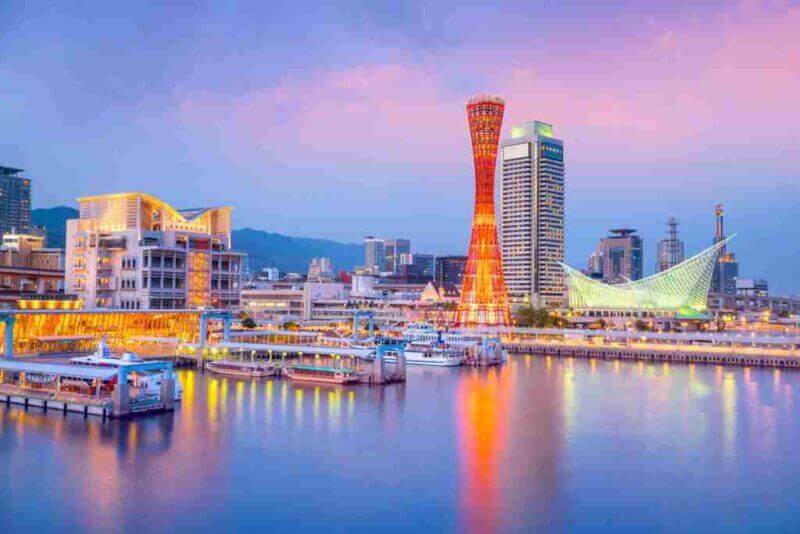 Port of Kobe skyline in Japan at twilight = shutterstock 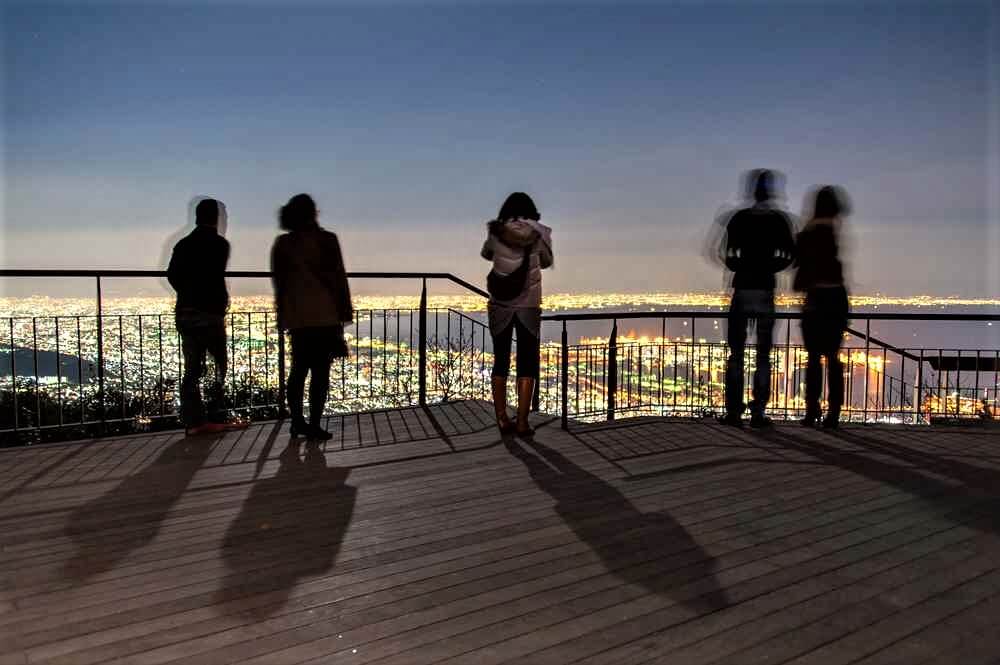 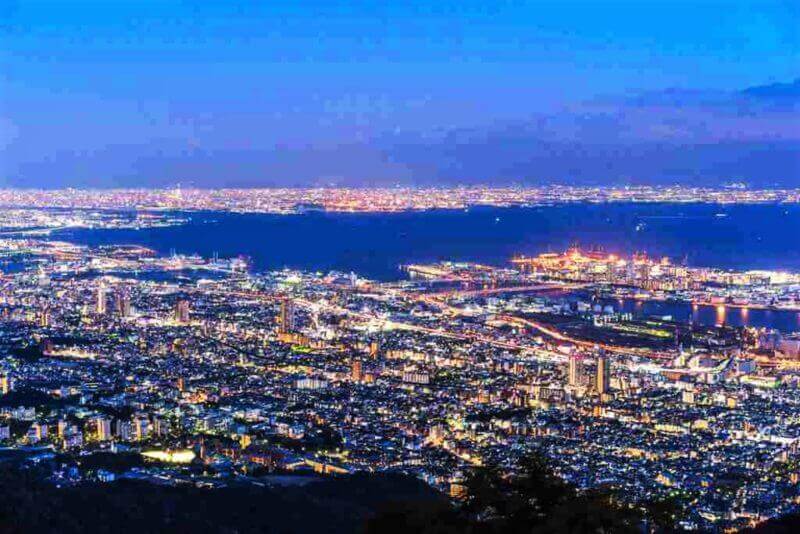 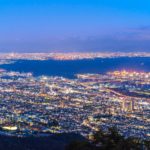 If you go to Kyoto or Osaka, please drop in at Kobe in Hyogo Prefecture. In Kobe, you can easily climb the mountain by ropeway or cable car. You can enjoy an amazing night view from there. You can also see the city of Osaka. I lived in Kobe for two ...

Kobe City is a port town facing the Seto Inland Sea in the southern part of Hyogo Prefecture. This city with a population of 1.5 million people is the prefectural capital of Hyogo prefecture and is the representative area of ​​the Kansai region together with Kyoto, Osaka and Nara.

Since the late nineteenth century, Kobe city has developed through trade with foreign countries. So, many foreign nationals live in this port town. In the hill of Kobe, retro houses where Western merchants lived in the first half of the 20th century are left behind and are a sightseeing spot.

Kobe city is elongated in the east and west, and mountains are connected to the east and west on the north side of the coastal area. The main mountains are Mt. Maya (702 m altitude) and Mt. Rokko (931 m altitude), both of which are tourist attractions. In either mountain you can go up to the summit with a cable car. From the summit of these mountains, you can see not only Kobe but also the coastal areas of the Kansai region including Osaka Prefecture and Wakayama Prefecture. In the evening, you can enjoy an amazing night view like the picture above.

You can also board a pleasure boat from Kobe port. There is a big Chinatown near the harbor. 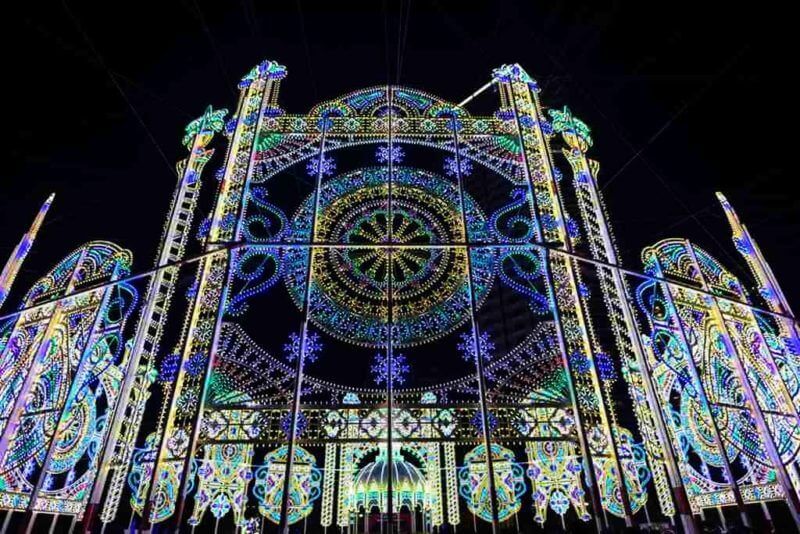 Kobe luminarie is a light festival held in Kobe, Japan, every December since 1995 to commemorate the Great Hanshin earthquake of that year = shutterstock

At 5:46 on January 17, 1995, the whole area of Kobe City was hit by a heavy earthquake. Highways and buildings collapsed and a fire broke out one after another. This earthquake killed 6,434 people. Since this year, in December every year in Kobe City, the light festival "Kobe Luminarie" has been held to brighten Kobe in various ways.

I lived in Kobe for about 2 years until February 1994. I loved this city. When it was decided to move to Tokyo for relocation, friends in Kobe said to me, "Tokyo, there are many earthquakes, so be careful!" But an earthquake happened in Kobe.

Kobe is a really beautiful and lovely city. If you stop by Kobe, I really want to thank you from the bottom of my heart.

>> Please see the official website for details of Kobe 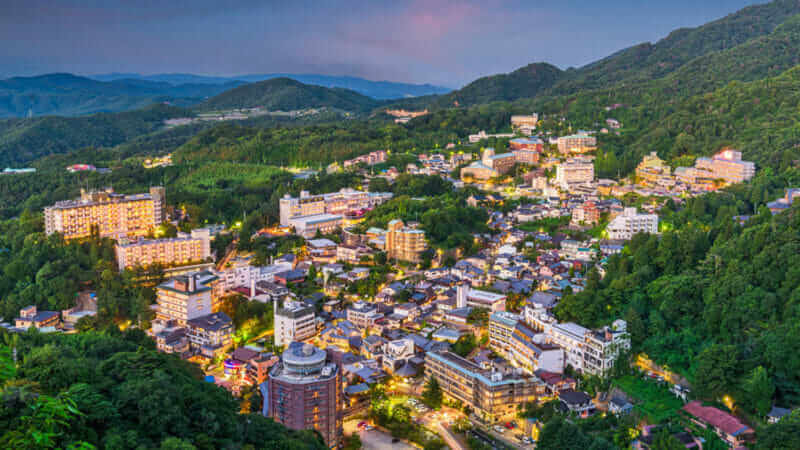 Arima Onsen is a large spa town representative of the Kansai region. It is in the northern part of Kobe City.

There are mountains in the coastal area of Kobe. Arima Onsen is on the north side of these mountains. You can easily go to Arima Onsen during Kobe sightseeing.

Regarding Arima Onsen, I have already introduced in an article on Japanese hot springs. If you are interested, please refer to that article. Click on the link below and it will be displayed on a separate page.

>> Please see this article for details of Arima Onsen 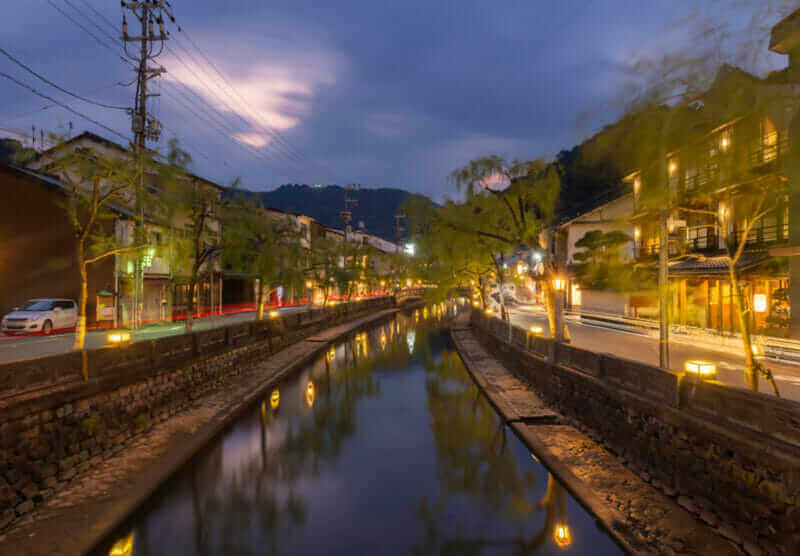 Trees at Night with Reflection on the Canal, Kinosaki onsen, Japan = shutterstock

Kinosaki Onsen (Hyogo Prefecture) is a traditional hot spring town located on the Sea of Japan side of central Honshu. It takes about 2.5 hours by JR limited express train from Kyoto Station. At Kinosaki Onsen, you can experience various hot springs while walking around the city. In spring, cherry blossoms ...

In Hyogo prefecture, there is another wonderful hot spring I would like to recommend to you. It is Kinosaki Onsen facing the Sea of Japan in northern Hyogo Prefecture.

In Kinosaki Onsen, Onsen Ryokan (Japanese style hotels) are lining along the river as seen in the above picture. In winter, you can eat delicious crabs at your ryokan.

Since Kinosaki Onsen is also a hot spring representing Japan, I have already introduced this hot spring in an article about Japanese hot springs.

>> Please see this article for details of Kinosaki Onsen