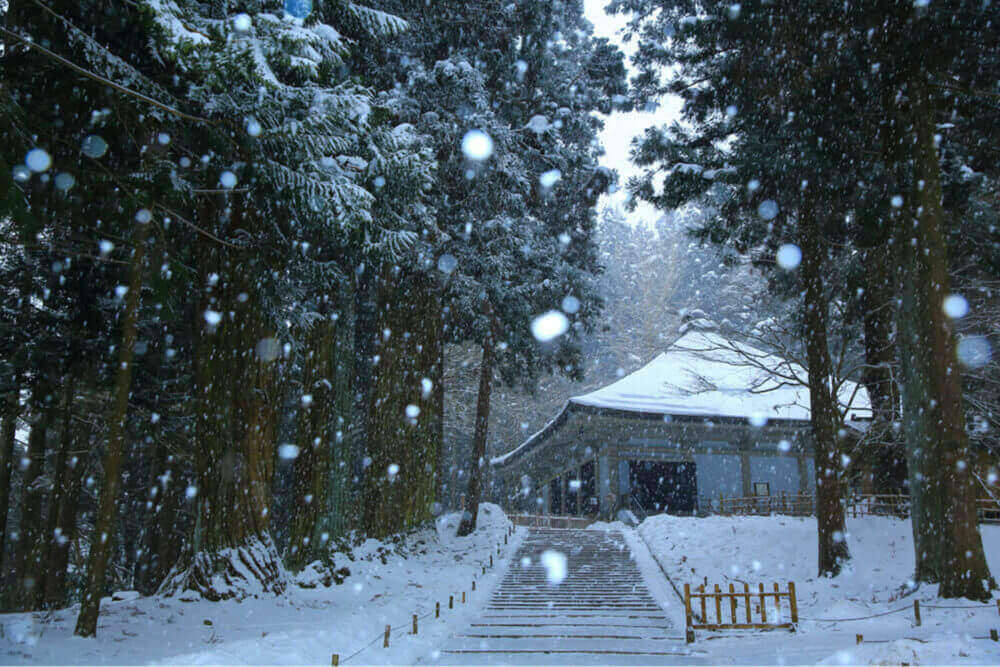 At the end of the 13th century, Italian merchant Marco Polo told people in Europe that there is a golden country in the Far East. Indeed, at that time, gold was being produced in Japan. Marco Polo seems to have heard from someone that Hiraizumi of Iwate Prefecture is a very rich city. On this page, I will introduce you to Iwate Prefecture, which was once known even to European people. 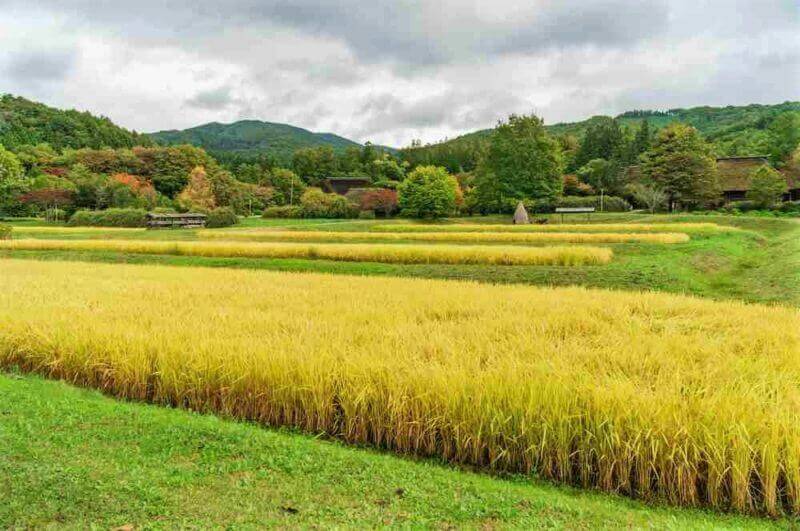 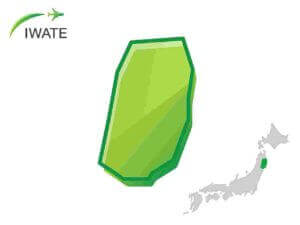 Iwate Prefecture is in the Tohoku region and faces the Pacific Ocean. It is in the south of Aomori Prefecture. And it is the second largest prefecture after Hokkaido.

The population of Iwate Prefecture is approximately 1,250,000 people, of which more than 70% are concentrated in the Kitakami Basin, centering on Morioka City. In other words, few people live in other vast areas. If you actually drive in Iwate prefecture by car, you will be surprised that magnificent scenery will follow like Hokkaido.

It is such a depopulated area, but once in the past, there was a time when this area prospered around Hiraizumi. Why do not you go on a journey to explore the richness of Hiraizumi that has passed to Europe?

There is Hanamori Airport in Kitakami Basin of Iwate Prefecture. It is approximately 45 minutes by bus from the airport to Morioka which is the prefectural office's location. 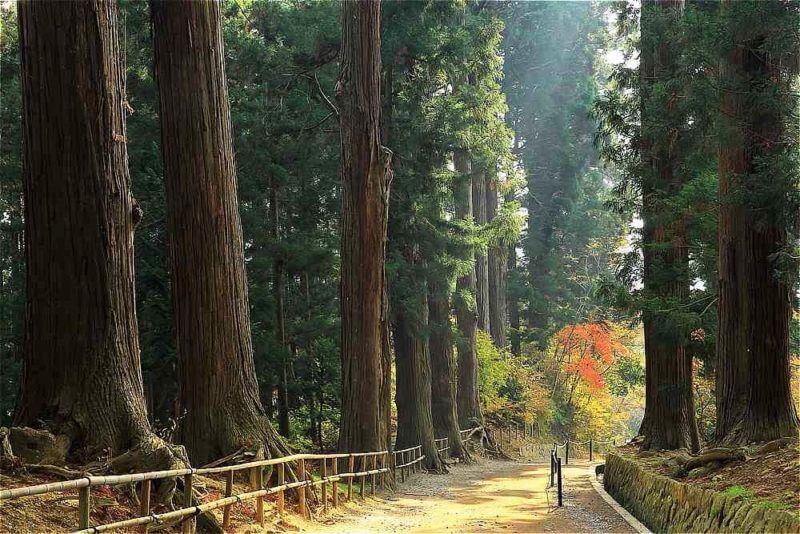 Hiraizumi is a rich green area in the southwestern part of Iwate Prefecture. Here is the base of the Fujihara family who has practically dominated the Tohoku region for about 90 years since the end of the 11th century. At that time, in the courtroom of Kyoto the conflict between Samurai continued, so the Fujihara family in the Tohoku region was able to effectively develop this part like an independent country.

The Fujihara family developed Hiraizumi into a big city by constructing extensive temples one after another in Hiraizumi. It was Chusonji Temple in the center. Konjikido with gold leaf on the inside and outside of the building was also built there. The building group built by the Fujihara family was lost following the fire damage many times afterwards. However, Konjikido remains at that time.

Konjikido is a very valuable building, so now it is covered and stored in concrete buildings.

I wrote in detail about Chusonji Temple in separate articles. If you are interested, please take a look at that article as well.

If you are traveling in the Tohoku region of Japan (Northeastern Honshu), why not go to Chusonji Temple, which is a World Heritage site, in Hiraizumi City, Iwate Prefecture. About 1000 years ago, the Tohoku region had a powerful armed government that was almost independent of the Imperial Court in Kyoto. ... 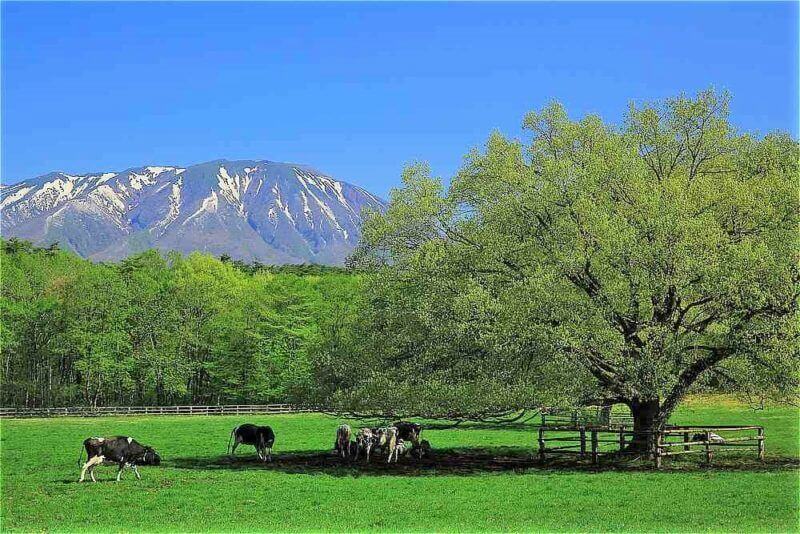 Koiwai farm is the largest private farm in Japan. It is located 30 minutes northwest from JR Morioka Station by bus.

This farm has about 3000 hectares of site at the foot of Mt. Iwate. Approximately 40 hectares are open as a tourist area named "Makibaen". About 300 sheep are grazed in this area. There is a cafe in this Makibaen. You can also experience horseback riding in this area.

>> Please see the official website of Koiwai Farm for details 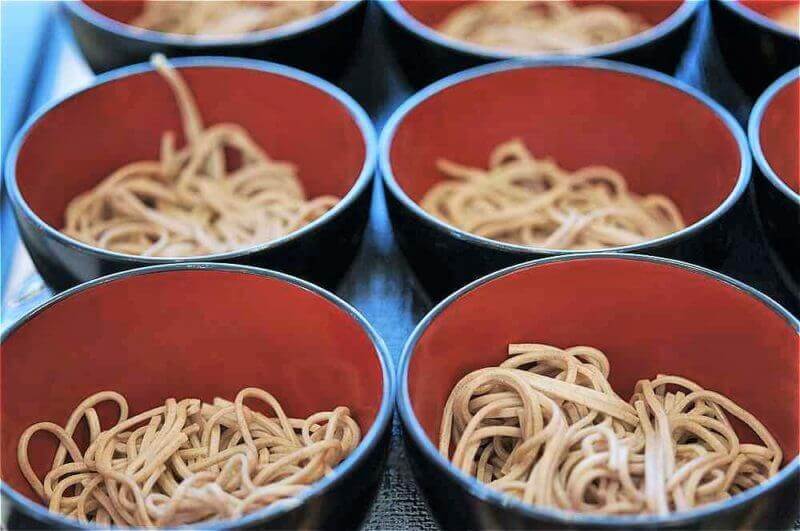 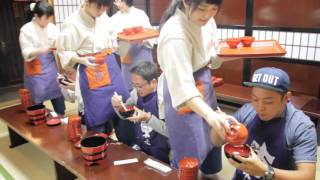 How many cups can you eat?!? 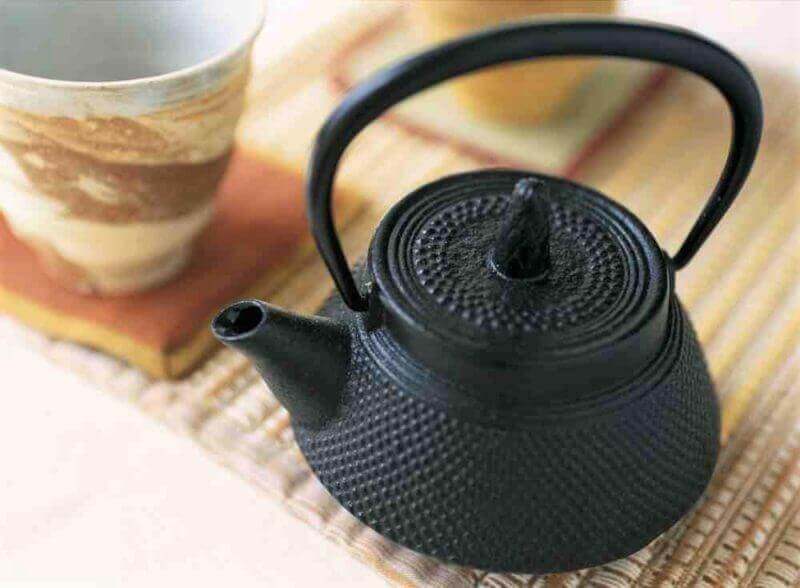 Good ironwares are made in Iwate Prefecture since the 17th century. Ironwares made by skilled craftsmen became a topic in Japan all over the country, and it was called "Nambu ironware" and received a high reputation.

"Nambu" is the name of the clan in this area of the Tokugawa shogunate period. Various ironware is made from traditional craft items such as hot water boiler and iron bottle to wind chimes, ashtrays, interior accessories.

In Iwate prefecture, these ironware are sold as souvenirs. Because Nambu ironware is very famous in Japan, you can buy them in department stores in Tokyo, too.

Fukui Prefecture: Best Attractions and Things to do