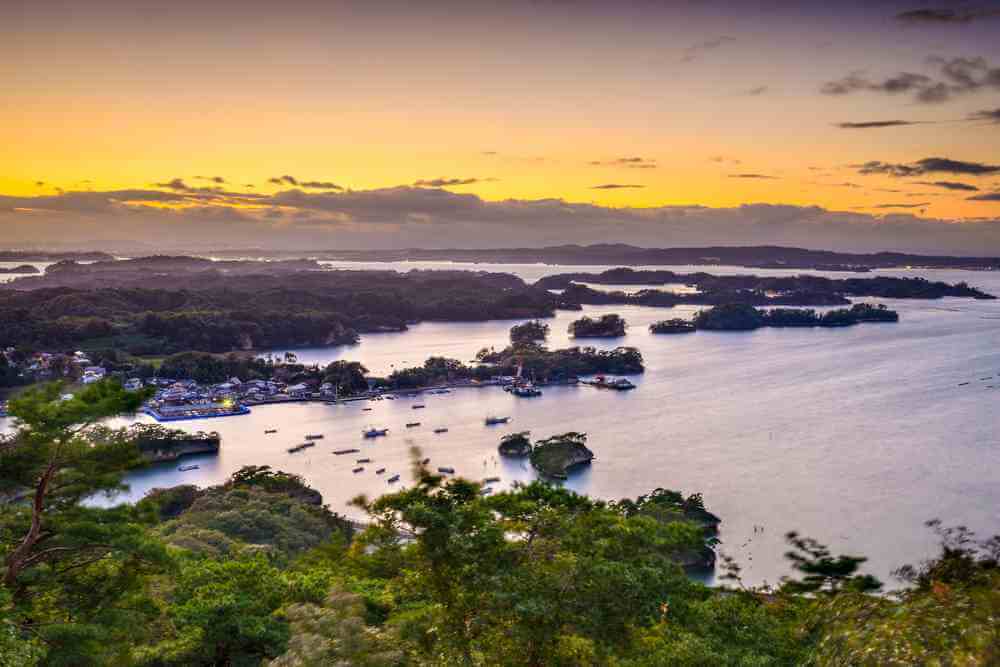 If you travel for the first time in the Tohoku region of Japan, I think that it is a good idea to go to Miyagi prefecture first. Miyagi Prefecture has Sendai City, the biggest city in Tohoku. You can enjoy delicious dishes from all over Tohoku in this beautiful city. Matsushima Bay spreading northeast of Sendai City is famous for its scenic beauty. You can travel around the world as seen in the picture above by ship. This area called Sanriku was hit hard by the Great East Japan Earthquake that occurred on March 11, 2011. Still, people adore the sea which gives them many blessings and live with the sea. 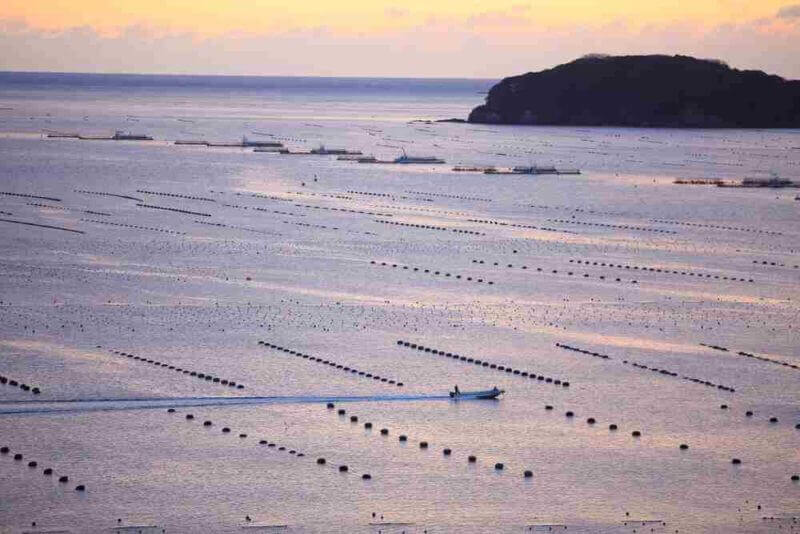 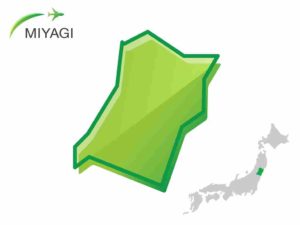 Miyagi prefecture is located on the Pacific side of the Tohoku region, and its west side is in contact with the Ou Mountain Range. It is about 350 km north of Tokyo.

Miyagi prefecture has a population of approximately 2.3 million people and has become a center of the Tohoku region since long ago. The center is Sendai City. Nearly half of the people in Miyagi prefecture live in this city.

Along the Pacific Ocean in Miyagi prefecture, deeply indented coastline continues. This area has been hit by a big tsunami when a large earthquake arrives from long ago. However, there are many fish and shells living in the deep bay, giving us a wealthy blessing.

Climate and weather in Miyagi Prefecture 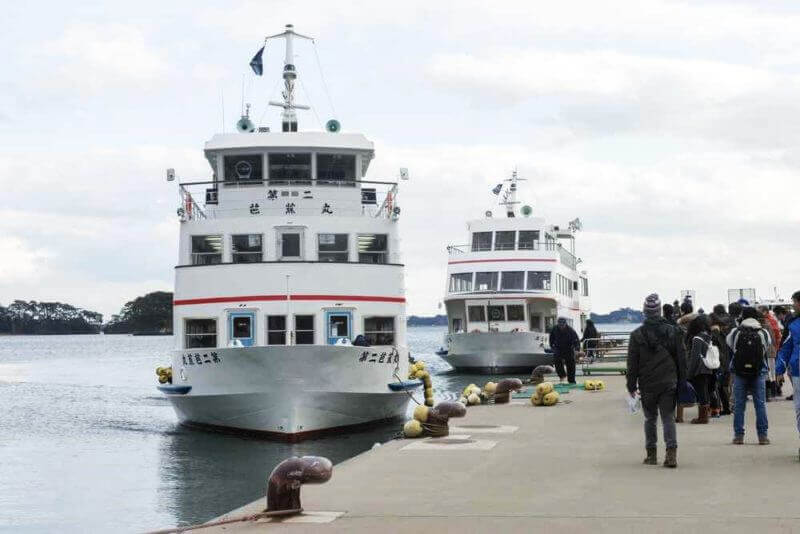 Because Miyagi prefecture is on the Pacific side of the Tohoku region, snow does not fall as far as the Japan Sea side in winter. It may be disappointing if you go to this area in anticipation of a snow scene. However, the mountains in the western part of Miyagi prefecture are heavy snow areas. Snow accumulates considerably in winter.

This area is cooler than Tokyo throughout the year, and it is rare that the summer maximum temperature will exceed 35 degrees.

There are 4 stations of Tohoku Shinkansen in Miyagi prefecture.

The time required from Tokyo station to Sendai station depends on each train, but it is about 2 hours. It takes about 1 hour and 35 minutes if you use the fastest Shinkansen. 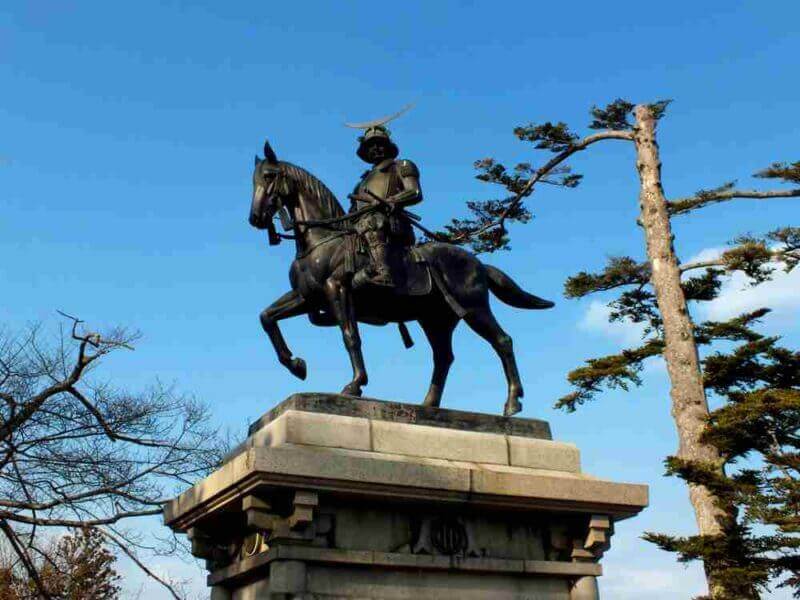 Sendai is a large city with a population of 1.1 million, which is outstanding in the Tohoku region. There was Sendai Castle (Aoba Castle) of the Date clan that boasted the greatest power of the Tohoku region in the era of the Tokugawa shogunate.

If you go to Sendai, I recommend you visit Sendai Castle site first. About 66,000 square meters of this castle suffered many fires and earthquakes and it was completely destroyed by air raids during the Second World War. However, if you go to Honmaru (main bailey) trace in Mt. Aoba, you can see the whole Sendai.

In this castle, there is a statue of Masamune DATE as seen in the picture above. He is the lord who built this castle in the beginning of the 17th century. This statue is said to be a symbol of Sendai.

Masamune is the most powerful warrior in the Tohoku region in the 16th century when the samurai fought fiercely. He was very fashionable. Sendai citizen still adores him who was strong and stylish. 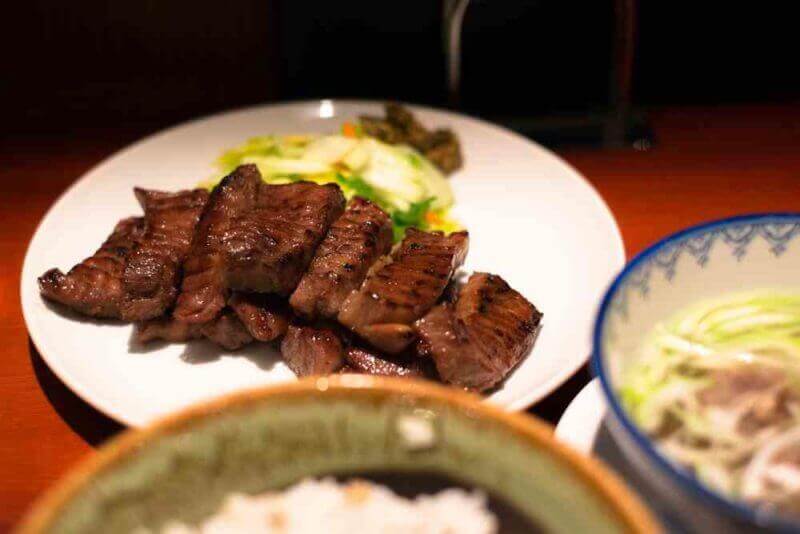 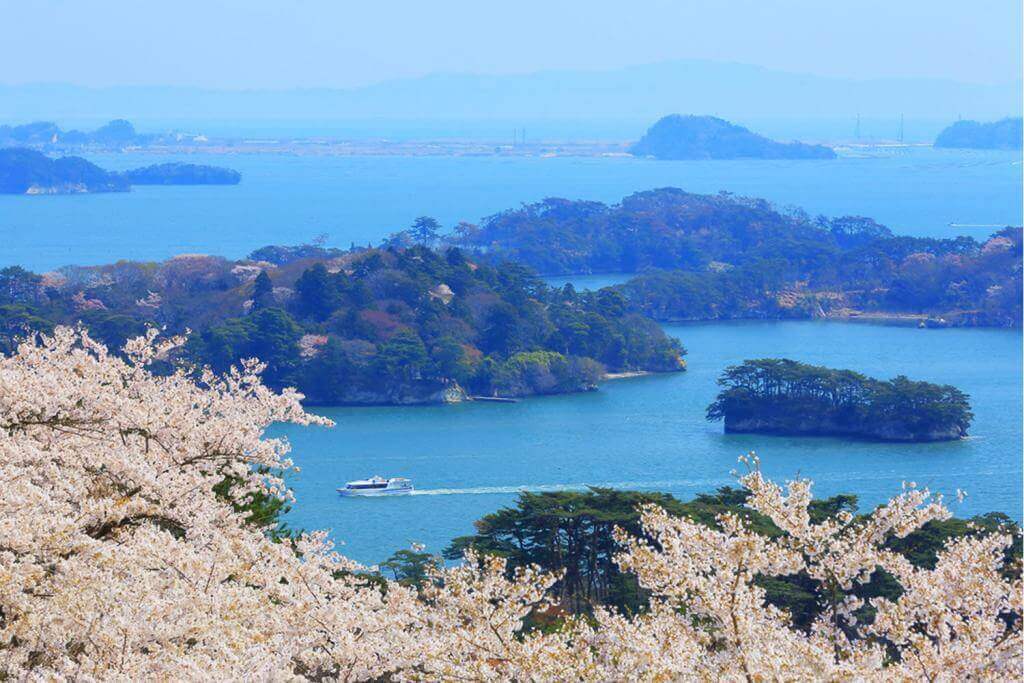 Miyagi prefecture's most popular sightseeing spot is Matsushima. Located in the nor

Miyagi prefecture's most popular sightseeing spot is Matsushima. Located in the northeast of Sendai city area, there are countless small islands in this bay. The scenery of this bay has long been called one of the three most scenic spots in Japan.

When you go to Matsushima, you ride the JR Sengoku Line from Sendai Station. Then get off at Matsushimakaigan Station. You can get on board from here.

There are large and small pleasure boats on Matsushima and you can see the islands from the ship. Usually you can go around the bay in about 50 minutes.

theast of Sendai city area, there are countless small islands in this bay. The scenery of this bay has long been called one of the three most scenic spots in Japan. 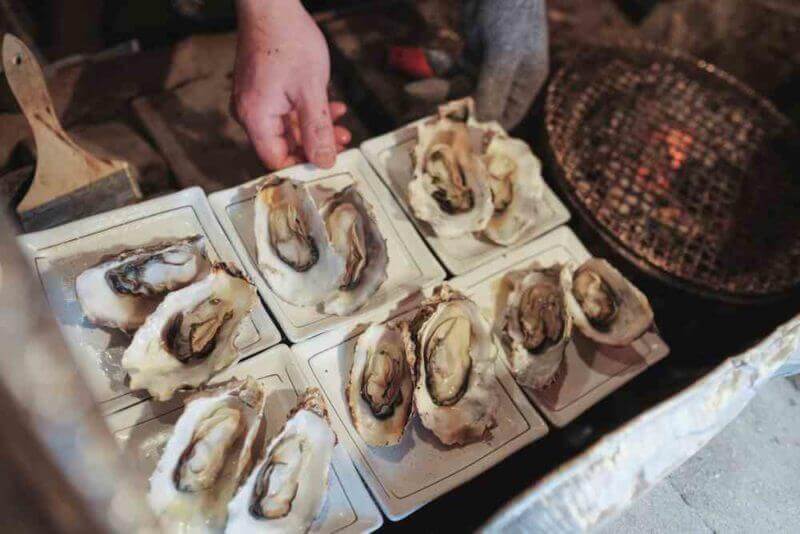 Matsushima's specialty is delicious oysters. In Matsushima Bay, oyster cultivation is thriving. Many oyster dishes are offered at restaurants and hotels in Matsushima, so please try eating oysters by all means. The oysters here are fresh, so it is really delicious.

After the Great East Japan Earthquake, I have heard stories from elderly men engaged in oyster farming in this port town. His son was attacked by the tsunami and was swept off the coast. But he swam and came back. They are afraid of the sea, but at the same time they respect the sea and receive blessings from the sea.

>> For details of Matsushima please visit the official website